A hacking game designed and developed for Codemotion. 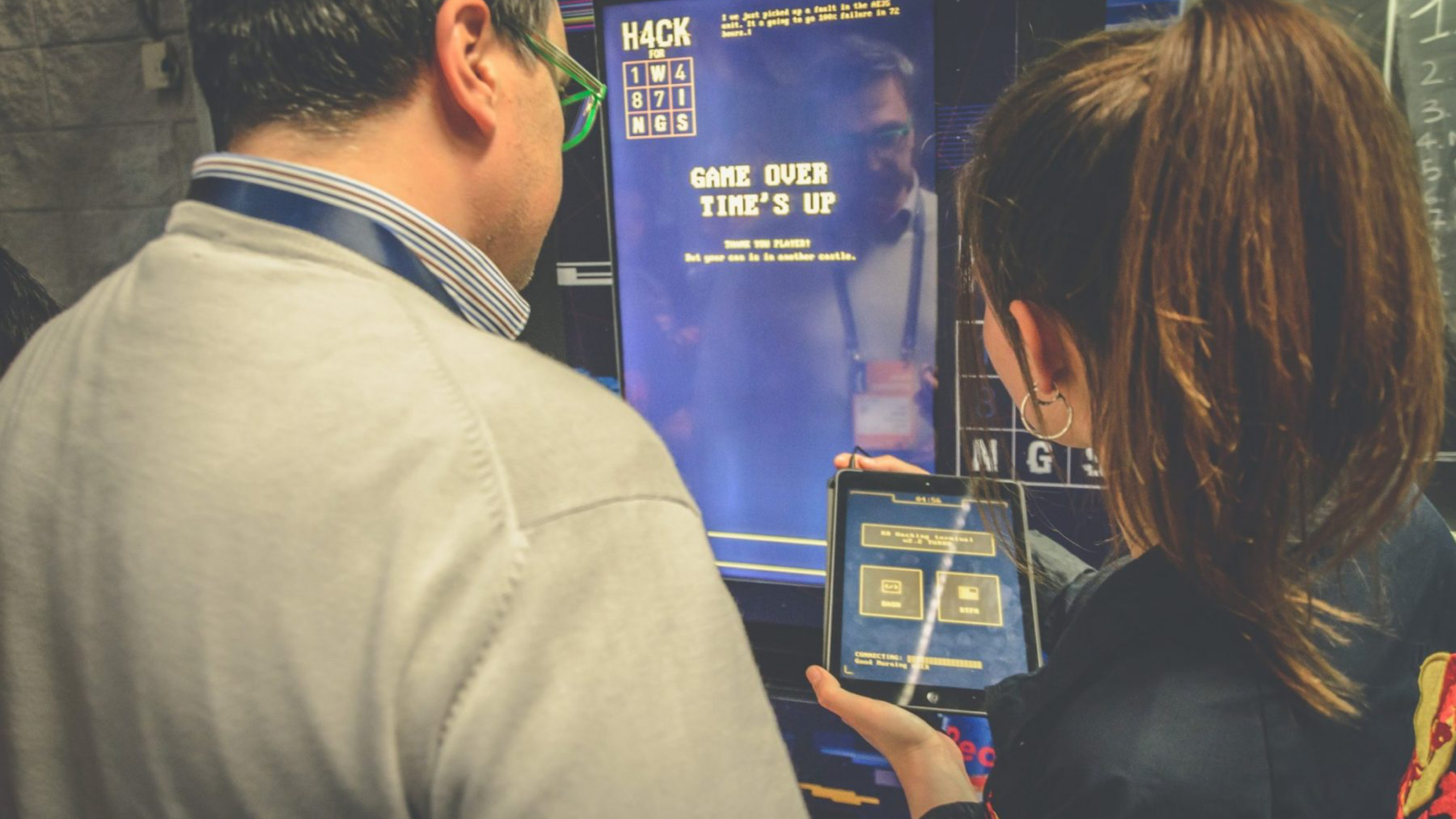 An interactive experience for nerds.

Red Bull, the biggest energy drink company in the world, commissioned us a hacking experience for programmers, nerds and students of Computer Science at Codemotion — the biggest Italian tech conference.

The client gave us some tools to build the game:

They asked us to build an engaging experience. The final reward — if the users were skilled enough — was a free can of Red Bull.

How does it work?

Hack for Wings is a multi-device game:

The game is entirely text-based. We studied interactive fiction to make the experience engaging and fun. Red Bull asked us to keep it under five minutes in order to let more people play. We opted for 80s graphics - like an arcade game cabinet. 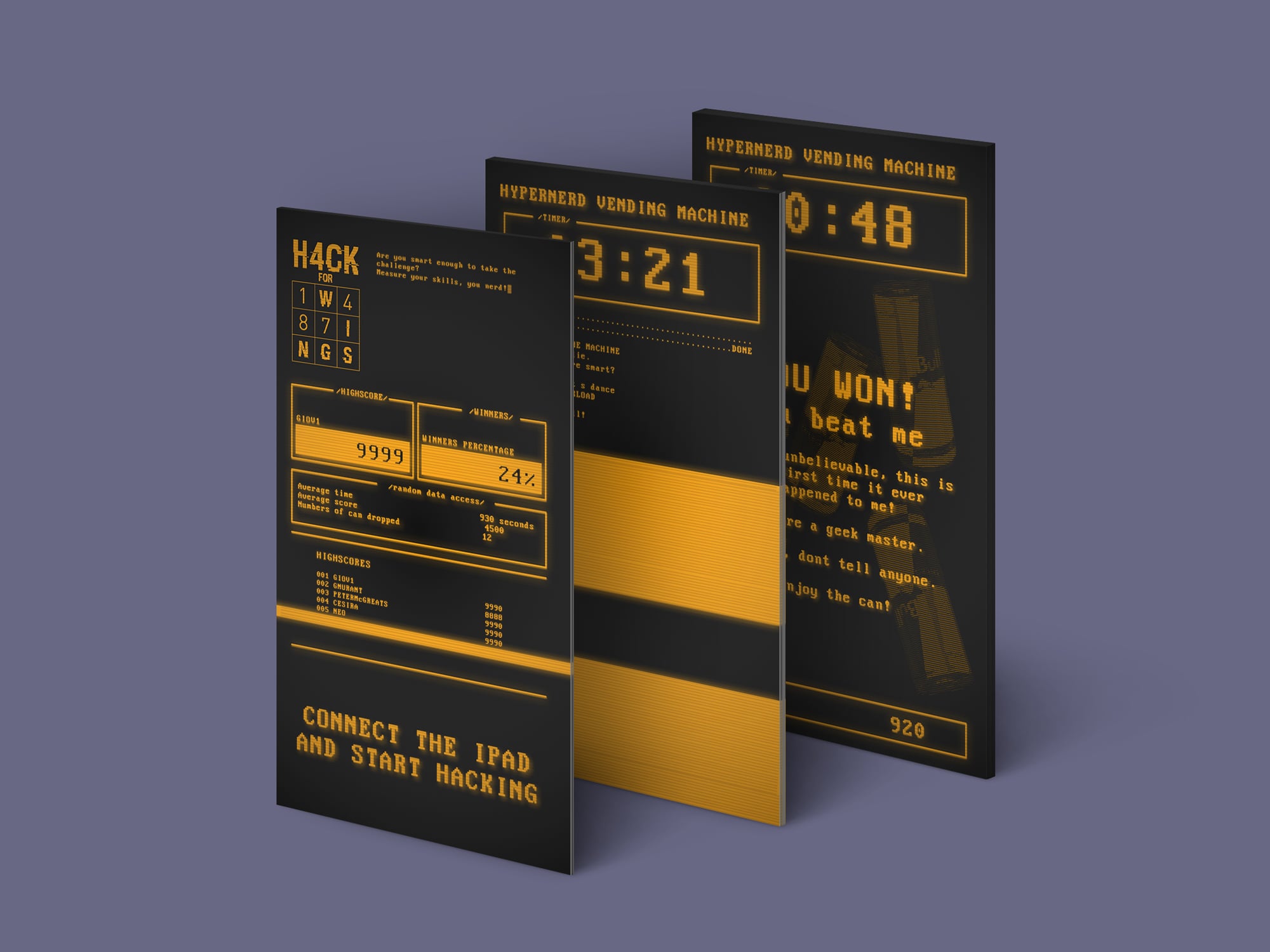 The whole project was designed with a nerdy attitude and aesthetic…
needless to say that the vending machine has a sense of humor. We used memes, quotes from cult movies and geek culture to make it more fun!

May the Hack be with you.

Before the delivery to Codemotion we had a session of user testing at Speck&Tech, the monthly tech meetup in Trento. We wanted to make sure that timing, difficulty and engagement of the game were just right.

We tweaked it and thanks to the results it was open to the public at Rome’s Codemotion. 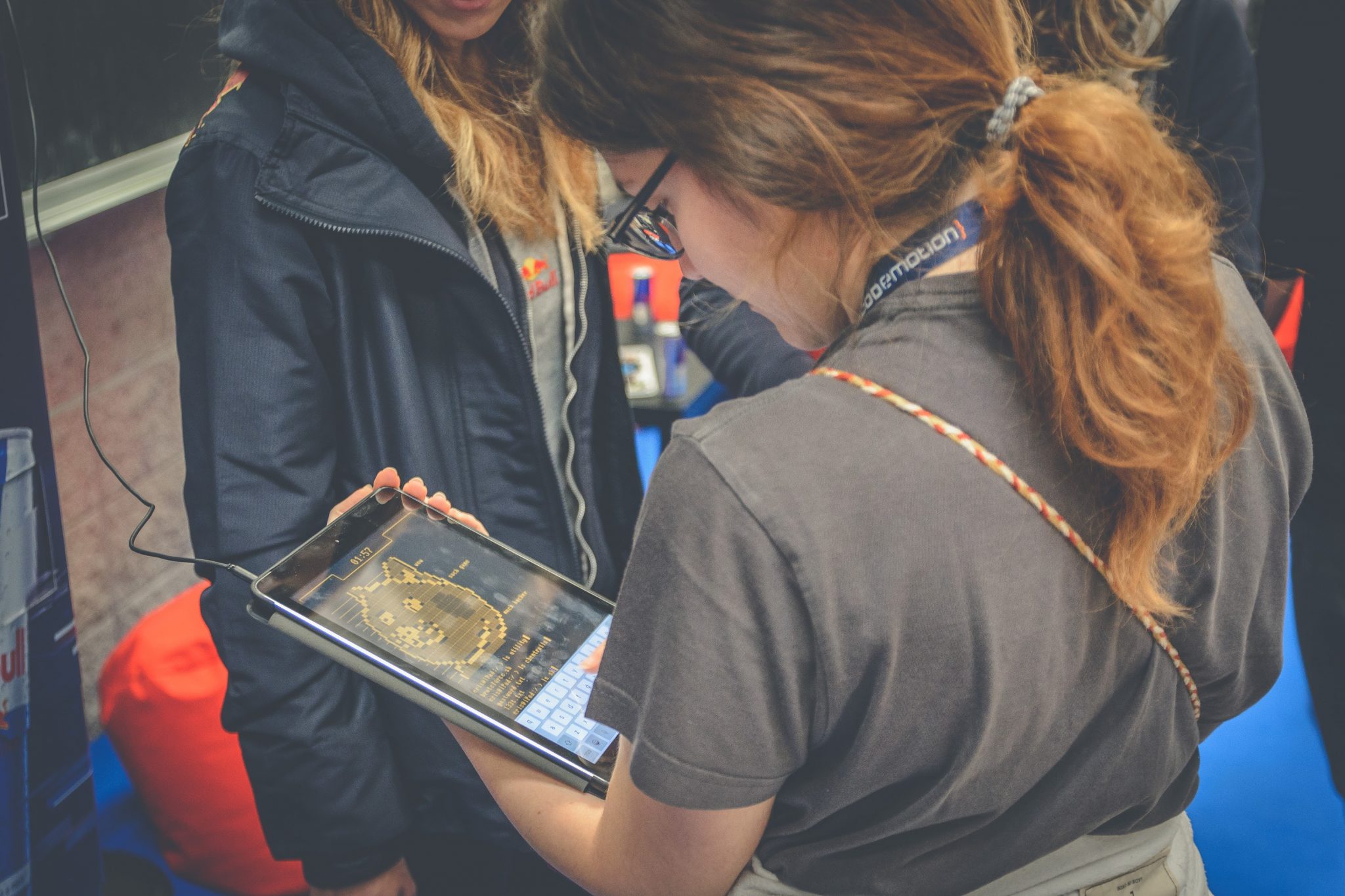 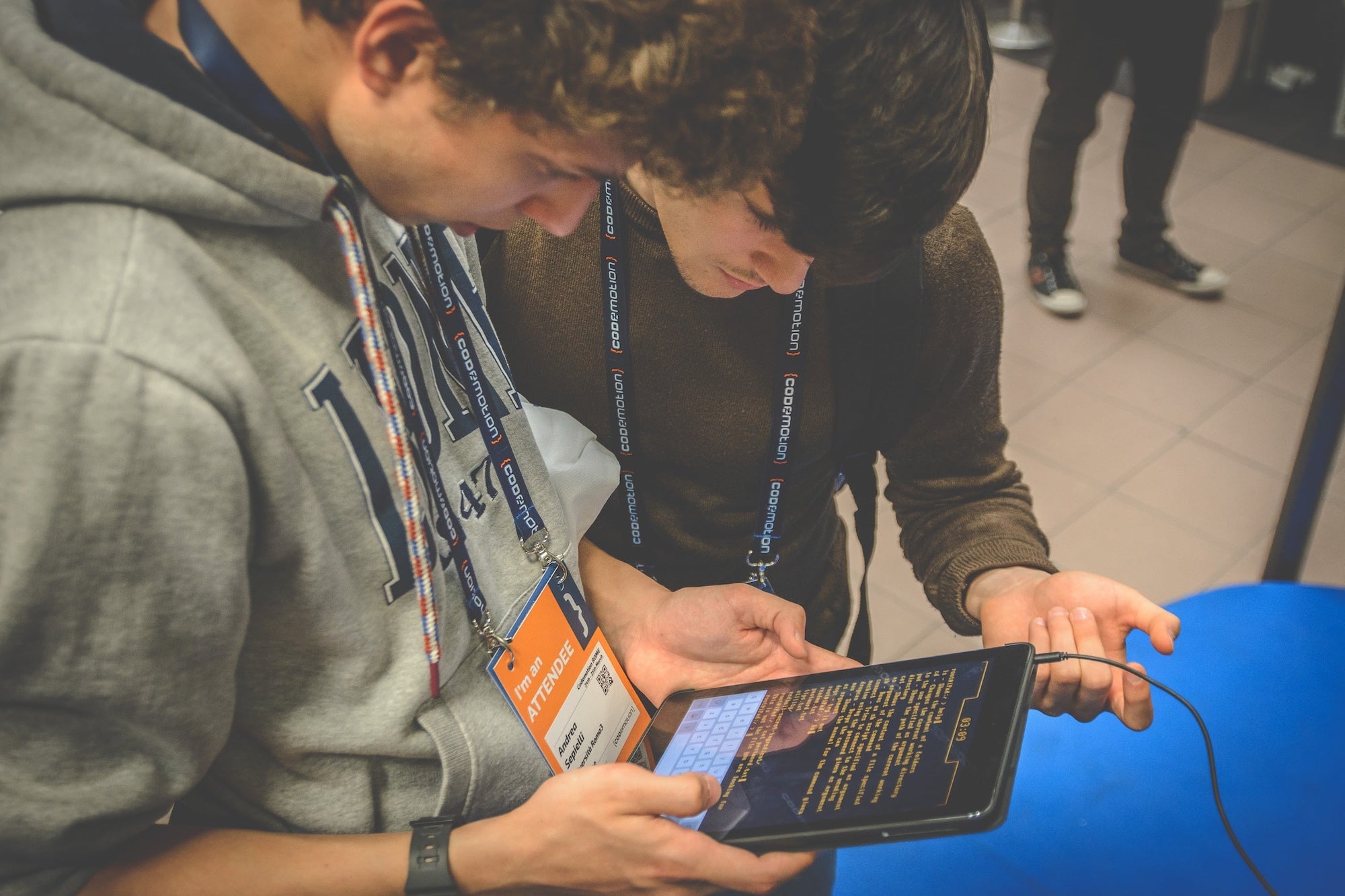 This project required all the tools that we have in our digital toolbox. 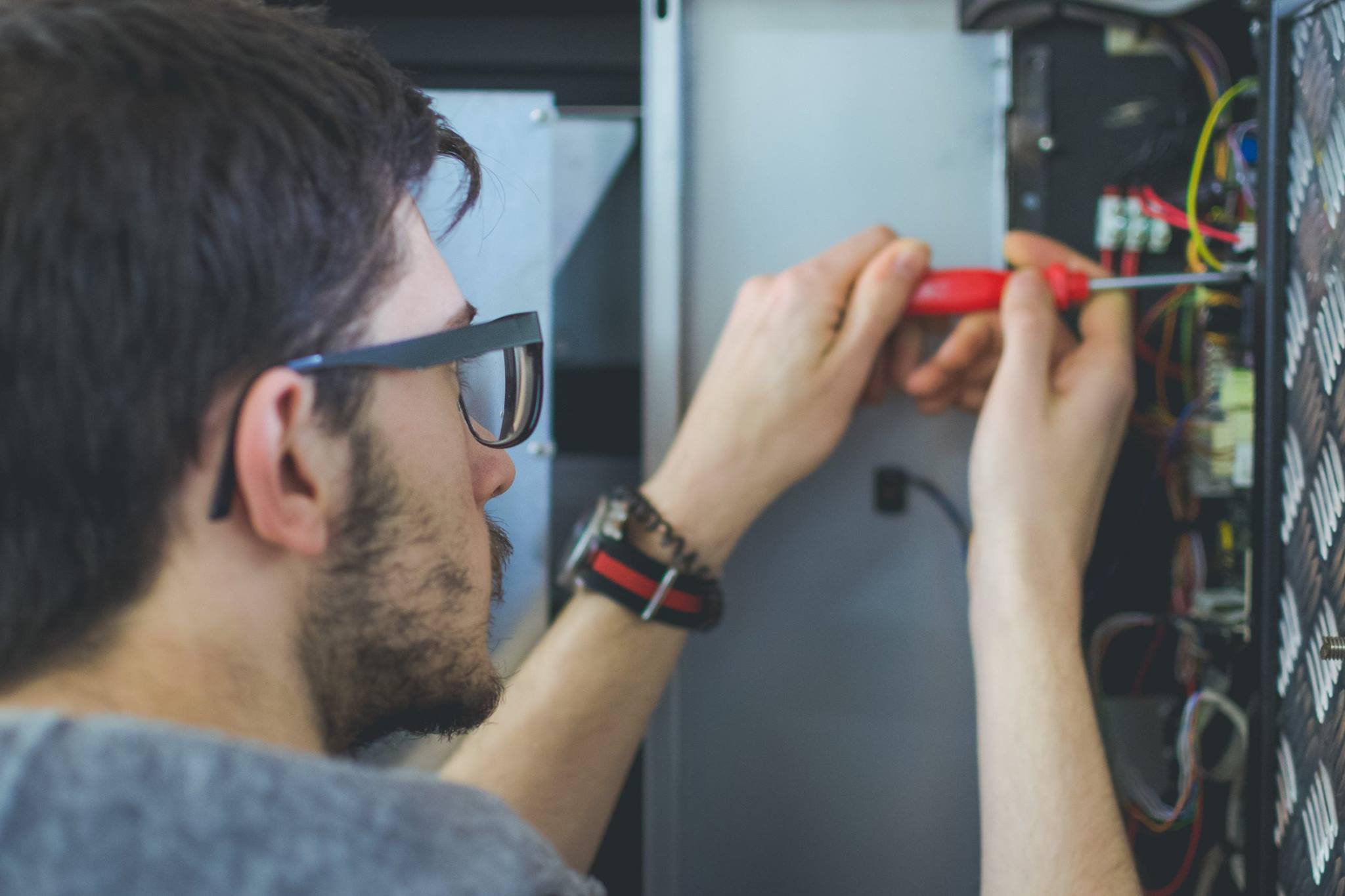 The game has been a success. The experience was challenging and fun for the players. Great work!

Let’s talk about your
next project